In the current American political climate, you can count on one thing: the ferocious attacks on the Trump Administration will continue. The Far-left will regroup from its recent setbacks and employ other tactics and schemes to try to take down the President. They will continue to obstruct any attempts by Conservatives to “make America great again” (restore America’s freedoms, Judeo-Christian values, and common sense government).

The spirit which is driving the Far-left is demonic. I don’t mean this in a rhetorical sense; I mean this literally. We are in an all-out spiritual war! The evil powers steering the Far-left seek to weaken and destroy America’s foundations in order to force our country into their envisioned new world order. This includes redefining our family units, promoting sexual perversion, encouraging immoral/rebellious behavior, feeding racial tensions, destroying our free enterprise system, shredding our Constitution, attacking the legitimacy of our Christian faith and even directly mocking God. Their strategy also involves getting the United States into a military conflict with Russia by fueling instability in the Middle East, hoping this will trigger a wider conflict between the superpowers. 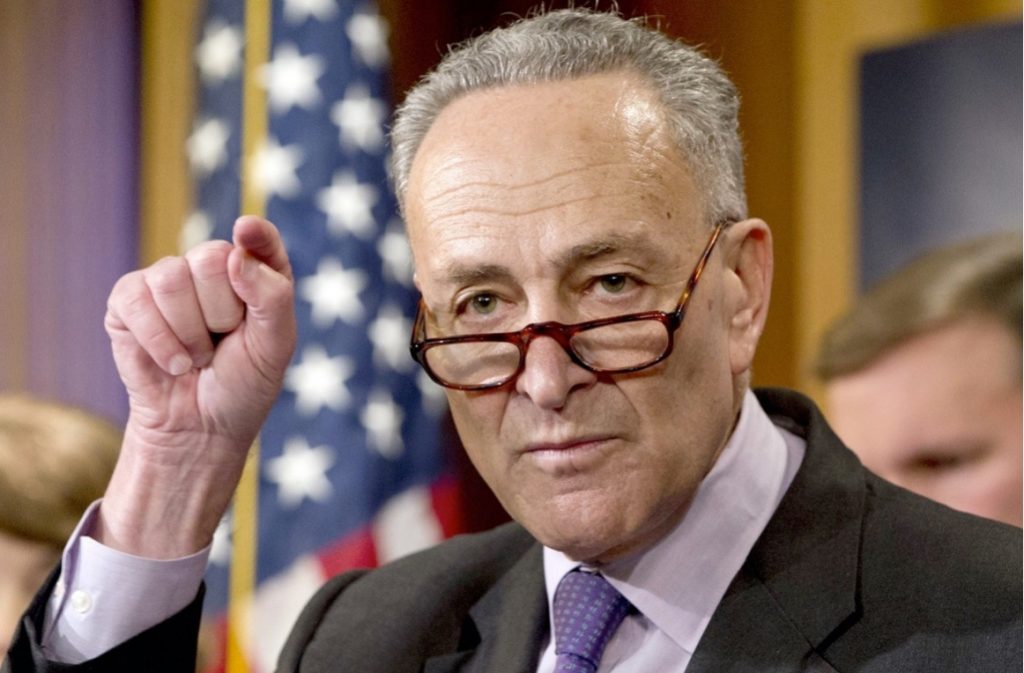 We need to remind ourselves of why these forces are destabilizing the US and the rest of the world. The fact is, the most determined globalists on the Far-left are of the view that they can move their agenda forward most expeditiously through crisis situations. If the world is functioning fairly normally, people are not inclined to consider major changes, because they have no reason to do so. However, if the world appears to be falling apart – seemingly going to hell in a handbasket – then people will be more likely to accept drastic changes promising to protect their way of life. Therefore, according to the Leftist mindset, the more crises they can generate, the closer they will get to achieving their goals. Their favorite crisis triggers are racially-oriented uprisings, manipulating environmental issues involving climate change, creating economic instability with the threat of collapse, and fueling wars through terrorism and other strategic maneuvers. From a satanic perspective, it would be best if crises are brewing in all of these areas simultaneously. This would produce a world in absolute chaos, ready to embrace an extreme “solution” in the name of restoring order.

Many years ago, Albert Pike, the leader of Scottish Rite Freemasonry, described a distant final war, which he felt would be necessary to usher in the new world order.  According to Pike, this conflict between two future superpowers would be sparked by first igniting a crisis between Islam and Judaism. He went on to write:

We shall unleash the nihilists and the atheists and we shall provoke a great social cataclysm which, in all its horror, will show clearly to all nations the effect of absolute atheism, the origin of savagery and of most bloody turmoil. Then, everywhere, the people, forced to defend themselves against the world minority of revolutionaries, will exterminate those destroyers of civilization; and the multitudes, disillusioned with Christianity whose deistic spirits will be from that moment on without direction and leadership, anxious for an ideal but without knowledge where to send its adoration, will receive the true light through the universal manifestation of the pure doctrine of Lucifer, brought finally out into public view; a manifestation which will result from a general reactionary movement which will follow the destruction of Christianity and atheism, both conquered and exterminated at the same time.

(Source: pp. 144-145 of En Route to Global Occupation. This letter from Albert Pike to Italian revolutionary leader Giuseppe Mazzini, written in 1871, was catalogued in the British Museum in London for many years.)

It appears that we are getting closer and closer to such a scenario. The powers that be have been setting the stage over the last few decades for a climactic war in the Middle East. In my view, they are currently in the process of forcing Donald Trump’s back to the wall in such a way that he seemingly has no choice than to engage in war. If he is drawn into this trap, all of the resulting carnage would be blamed on him and the Conservative Right who voted him into power. It would lead to a huge backlash – against Christianity in favor of hyper-liberal globalism – that would be useful toward ushering in the Luciferic one-world system envisioned by Pike and warned of in Scripture. (Revelation 13 & 14) Apart from the explosive Mideast region, the Baltic states, Ukraine, China and North Korea are some of the other potential triggers that Trump has to contend with.

Most of Washington’s bureaucrats and opposition leaders are people of depraved hearts and minds, no longer knowing right from wrong. They’ve become conduits for evil and are defiant toward the Lord God. There is a place reserved for such perverse politicians and the unrepentant anti-Christian hoards allied with them. That place is VERY hot and has no air-conditioning. Unless they repent of their detestable ways, and turn to Jesus Christ for mercy – accepting Him as their true Lord and Savior – there is no hope for them in eternity. Therefore, as much as we dislike their wicked agenda and see them as enemies, we must genuinely pray for their salvation. We should not wish eternal damnation on anyone, but should pray even for those who hate and persecute us, that they would be broken and come to Christ. (Matthew 5:43-45)

There are also many – I’d say most – on the Right who are lost as well. They might have a measure of common sense and a moral foundation that was passed on to them by Christian parents or grandparents, but they do not have a personal relationship with Jesus. We must pray for these individuals that they would not put their faith in self-reliance and good works, but rather would humble themselves and place their trust in God, seeing their need for forgiveness and mercy from a loving Creator. (Isaiah 31:1; Romans 6:23)

As for Donald Trump, he needs to stand strong on biblical principles, choose his words more carefully (speak with dignity/stop making foolish remarks), and avoid traps that the Far-left is laying. He especially needs to walk cautiously in his dealings with Israel involving the pursuit of Mideast peace. The prophet Zechariah issues a stern warning to those who tamper with Jerusalem. (Zechariah 12:3) The consequences are also dire for anyone who divides the Land. (Joel 3:1-2, 12-17) 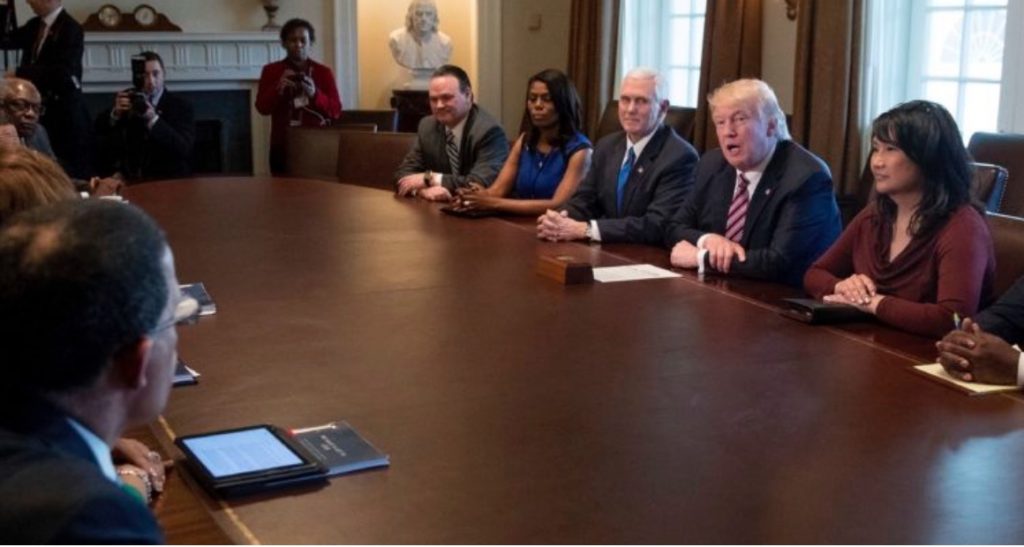 President Trump with his closest advisors

Pray for President Trump, that he would heed the advice of his most discerning Christian advisors on this and other sensitive matters. He needs incredible wisdom and self-control to navigate through the corruption of Washington and the mess he has inherited from the previous administrations of the last few decades.

Meanwhile, Christians must use this temporary reprieve from a Deep State regime to get their houses in order. Wise individuals see a storm coming and prepare for it. (Proverbs 22:3) God, in His mercy, is giving us more time – but we don’t know how much.

So, let’s be active in speaking out for the Lord and spreading His truth. Let’s use our remaining freedoms for God’s glory and not squander this opportunity to inform and evangelize a world that is morally bankrupt and spiritually enslaved, looking for hope and fulfillment in all the wrong places. Remember, we are the ones with the GOOD news! The darker the world around us, the brighter our lights will shine. We are Christ’s ambassadors in this fallen world; we must never stop pointing the way to Him.

A few years ago, the Lord put the following five-point statement on my heart. It makes a compelling case for why Americans must take a stand for Christ while defending our Constitutional freedoms. You are encouraged to make copies of this article and statement and distribute them freely as the Spirit leads.

The Danger in Losing Our US Freedoms and

Sovereignty to a Global System of Government

(Five Reasons to be Concerned About a New World Order)

Sooner or later an imposing form of world government will become a reality, as the tide of history is pushing in that direction and the prophecies of the Bible have foretold it. However, are you willing to take a stand for the sake of your children, so that they and we, might enjoy the freedoms God has entrusted to us for a while longer? If those who have been warned and know better do not take a stand now, God will allow history to run its course and evil to prevail (because it is what we deserve) until Jesus returns. Therefore, repent of your sins, turn to Jesus Christ, and take a stand!

(You are encouraged to copy and distribute this document

as widely as possible, provided that it is reproduced in its entirety.)